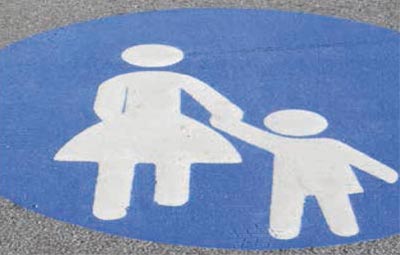 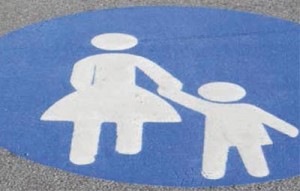 Road safety work in the EU has made great progress over recent years. Between 2001 and 2010, the number of fatalities on EU roads was reduced by a total of 43%. Between 2010 and 2013, it was reduced by a further 17%. However every road death is one too many - so we need to do more. The strategic target is to halve road deaths between 2010 and 2020 and also to start focusing EU efforts on reducing serious road traffic injuries. To achieve this goal, determined and joined-up action is needed from many actors at EU, national and local level.

At EU level, actions in recent years include the following ten highlights:

In January 2013, the new European driving licence was introduced, in the form of a plastic 'credit card', with a standard European format and tougher security protection (IP 13 / 25). The new driving licence includes a number of security features to make it tamper proof and, most importantly, it strengthens protection for the most vulnerable road users by raising the age limit for licences for the most powerful motorbikes.

Since November 2013, the EU member states – except Denmark, Ireland and the UK - must implement the new cross-border enforcement directive1 (IP 14413 / 11), for the pursuit of traffic offences across borders. The background to the directive is that non-resident drivers account for 5% of the road traffic in the EU, but around 15% of speeding offences. The cross-border enforcement directive creates a mechanism to make it easier to enforce the rules by enabling police forces to exchange information about a road traffic offender in another Member State.

In April 2013, the European Commission proposed new rules to allow manufacturers to develop more aerodynamic lorry cabins which will enhance the safety of vulnerable road users (IP 13 / 328). A more rounded shape reduces the risk of serious injury of pedestrians and cyclists in a collision at low speed, typically in an urban environment. The improved cabin shape also increases the field of vision of the driver. The proposal is currently being discussed in the European Parliament and the Council.

In March 2014, the European Parliament adopted an update of the periodic roadworthiness testing, on roadside checks on commercial vehicles and on vehicle registration documents (Daily News 12/03/14). Key elements of the new law include compulsory EU wide testing for scooters and motorbikes, increasing the frequency of periodic roadworthiness tests for old vehicles, increasing the frequency of tests for cars and vans with exceptionally high mileage and clamping down on mileage fraud.

To help mitigate the consequences of serious road accidents across the EU, the Commission has presented proposals to ensure that by October 2015 all new cars will automatically call emergency services in case of a serious crash - the 'eCall' system (IP 13 / 534). The proposal provides that all new models of passenger cars and light duty vehicles will be fitted with 112 eCall. The necessary infrastructure will also be created for the proper receipt and handling of eCalls in emergency call response centres - ensuring the compatibility, interoperability and continuity of the EU-wide eCall service. Estimates suggest that eCall could speed up emergency response times by 40% in urban areas and 50% in the countryside.

The infrastructure safety management directive2 provides a set of procedures to ensure that infrastructure is built to be safe and that it is regularly monitored to remain safe. The directive applies to the motorways that are part of the TEN-T network, but member states can also apply the same principles to the secondary road network on a voluntary basis. The Commission has recently initiated a process to review whether the directive can be further developed in order to better contribute to safer roads.

Traditionally, road safety performance and targets have been about the number of fatalities only. But for every person who dies in road traffic, another ten to twelve are seriously injured, with life-changing consequences and high socio-economic costs. In 2013 the EU has taken a big step forward to tackle these serious injuries by identifying a common EU definition of injuries so as to enable the gathering of reliable and comparable data (MEMO 13/232). Based on that data, collected for the first time during 2014, the injuries problem can be analysed and the most effective counter-measures can be identified. From 2015, a strategic target for the reduction of serious road traffic injuries is expected to be adopted.

The Commission has initiated an exchange of lessons learned among Member States, making use of the wealth of experience collected by national authorities on national road safety strategies and action plans.

The Commission regularly brings together the road safety community – experts, policy-makers, NGOs, victims' organisations, the industry, etc – to exchange views and tap their knowledge as to how best to further improve road safety work. taking into account all relevant perspectives. One major event, which is also open to the public, is the yearly European Road Safety Day3. By offering such platforms for discussion, opportunities are opened for finding – together – solutions to the most pressing road safety problems in the EU. This year's European Road Safety Day will take place on 9 May in Athens, Greece. Registration is open and more information is available a través del sitio web.

The European Road Safety Charter, led by the European Commission, is the largest civil society platform on road safety. To date, more than 2,300 public and private entities have committed to the Charter and carried out road safety actions and initiatives targeted at their members, employees and the rest of civil society.

The European Road Safety Observatory4 and the EU CARE database5 are two important knowledge-building platforms, collecting data and information on road safety and making this information publicly available. In addition, the Commission contracts several studies and co-funds a number of projects on road safety. Since 2010, projects that were selected for EU funding have concentrated for example on road traffic enforcement, on safety for the most vulnerable road users and on serious road injuries. The results are disponible aquí.